© 2014–2021 TheSoul Publishing.
All rights reserved. All materials on this site are copyrighted and may not be used unless authorized by the Bright Side.
13-123
6k

15+ Spectacular Examples of Job Fails That Deserve a Special Award

20 Photos for People Who Think They’ve Seen It All

What Tiger Parenting Is and Why Some Swear by It, While Others Hate It

15+ Meaningful Brooches That Have Graced the Chests of Royal Ladies

18 Shoes From Movies That Were So Iconic, They Were Basically Another Main Character

15 Times Nature Decided to Spice Things Up a Bit 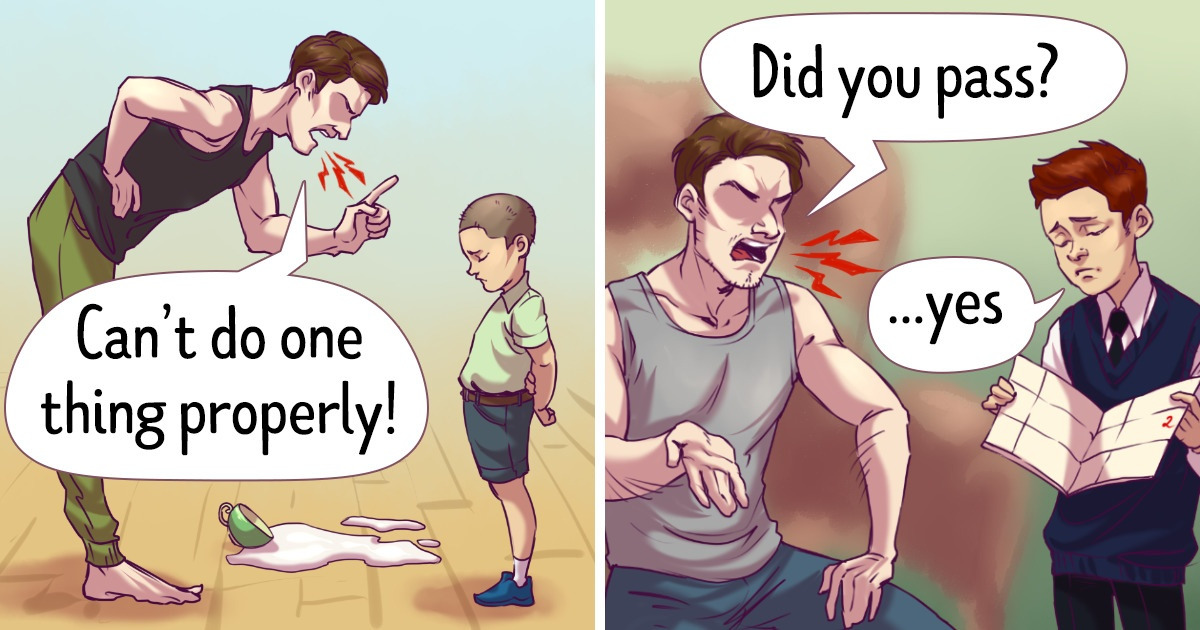 Being Strict With Children Can Turn Them Into Liars, a Study Reveals

Disciplining children is necessary, but it is also of the utmost importance that you don’t overdo it. A study has found that strict environments can cause kids to lie and can make them dishonest.

Bright Side was impressed by the points raised by these researchers and would like to share their findings with our readers.

This study was conducted on children who were 3 to 4 years old.

To find out whether parents’ strictness influences the honesty of their children, researchers Victoria Talwar and Kang Lee developed a game-like test. They invited children who were 3-4 years old, from 2 different schools, to participate. One of the schools they came from is known for its strict conduct and the other is much more lenient. Beforehand, the parents of the participating children were interviewed and asked to describe how they would react to some typical misbehaviors of their children. Most parents indicated they would use a mild physical punishment like slapping, pinching, or spanking on the bottom.

As a part of the test, each child was called individually and asked to participate in a guessing game, where they were tasked with guessing the sounds made by toys. The child was seated with their back toward the experimenters as they made a sound. 2 different sounds were made (a dog’s bark and a crying baby) and the child was asked to guess which toy made them. Following which the experimenter left the room for a minute, asking the child to not peek until she returned.

A third toy was added, with an unrelated sound, to see if the children would peek.

The third toy was a stuffed lion, but the sound that accompanied it was unrelated to the lion. Instead, it played music from a greeting card. The children were individually left alone with the hidden lion toy on purpose to see whether they’d peek or not. Upon returning, the children were asked if they peeked. The ones who admitted to peeking were grouped as “confessors” and the ones who lied about it were grouped as “lie tellers” for the study. The children were then asked to guess the last toy and it was noted that some liars guessed that the toy was a lion, while some maintained their lie and responded with answers like “a musical instrument” or “a cell phone.”

The results revealed a link between strictness and telling lies.

About 80% of the children who participated in this test peeked at the toy. But almost all the children from the strict school told lies. Not only that, they also concealed and tried to cover up the fact that they were lying, while the ones from the relaxed school confessed. It was determined that children who are exposed to punitive parenting or schooling tell more advanced and convincing lies — “Children’s dishonest behaviors may be fostered as a result of the harsh punitive environment imposed on them by adults.”

Effective lying could also be a sign of intelligence.

On the contrary, and on a brighter note, the ability to lie effectively without getting caught could also be a sign of intelligence. Keeping your lie consistent requires “a working memory,” the ability to process and remember things.

That being said, parenting that is too strict does more damage than it does good. Children raised in a strict environment could grow up to be bullies, have anger issues, and experience depression. Moreover, fear could damage the relationship between you and your children.

Do you agree that strictness turns children into liars?